I’ll be honest: one of my favorite parts of the gym is wearing a great t-shirt that I usually wouldn’t wear other places. Being around other people who “get it” makes a great t-shirt even better. Here are 10 of my personal favorite motivational and funny bodybuilding t-shirts. Pick one up for yourself or the bodybuilder in your life!

No collection of bodybuilding t-shirts would be complete without the iconic Animal t-shirt, available in just about every color imaginable. My personal favorites are the black “fury” t-shirt design and the yellow “pak” design.

This classic design is available on 100% ring-spin, fine gauge cotton. It has also been prewashed to minimize shrinkage. Available from Animal.

Same specs as above, just in yellow with a different background image contrasting against the “ANIMAL” logo on the chest. Another classic t-shirt design for bodybuilders everywhere, available from Animal.

Nothing makes you want to get a sick pump like this iconic photograph of Arnold Schwarzenegger. Conquer your next workout with this t-shirt, available at Red Bubble. 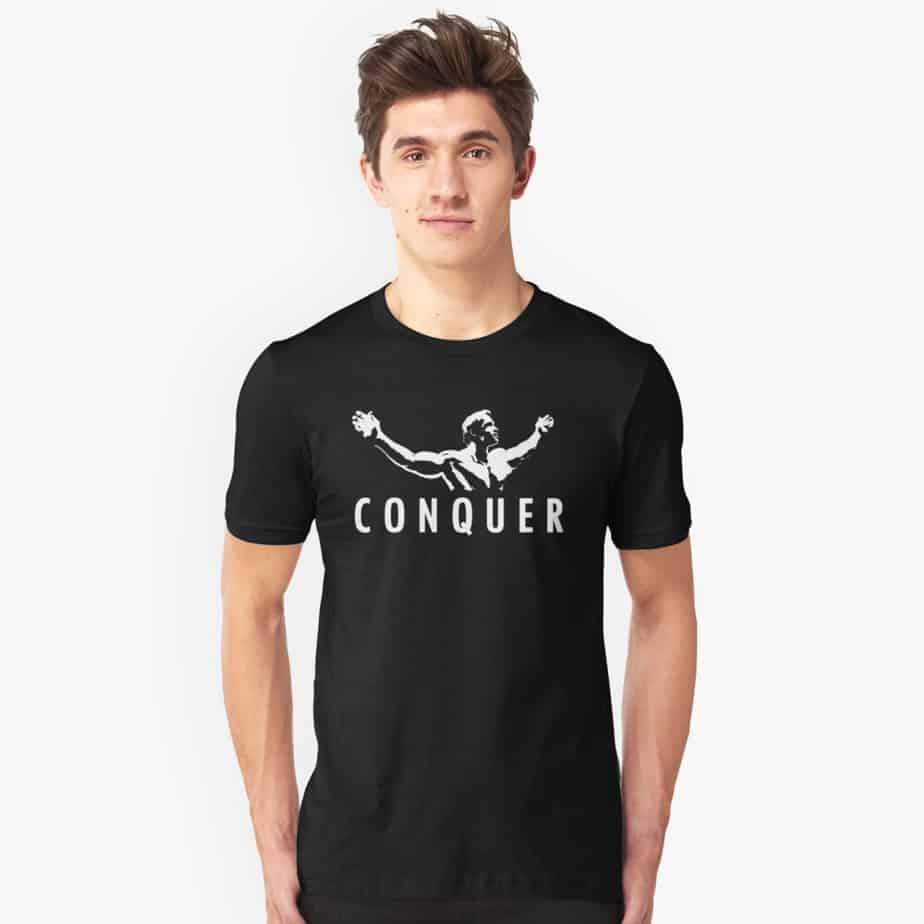 Train on. Available from Monsta Clothing Co via Amazon.

As a wise man once said: “ain’t nothing but a peanut.” Check it out on Red Bubble. 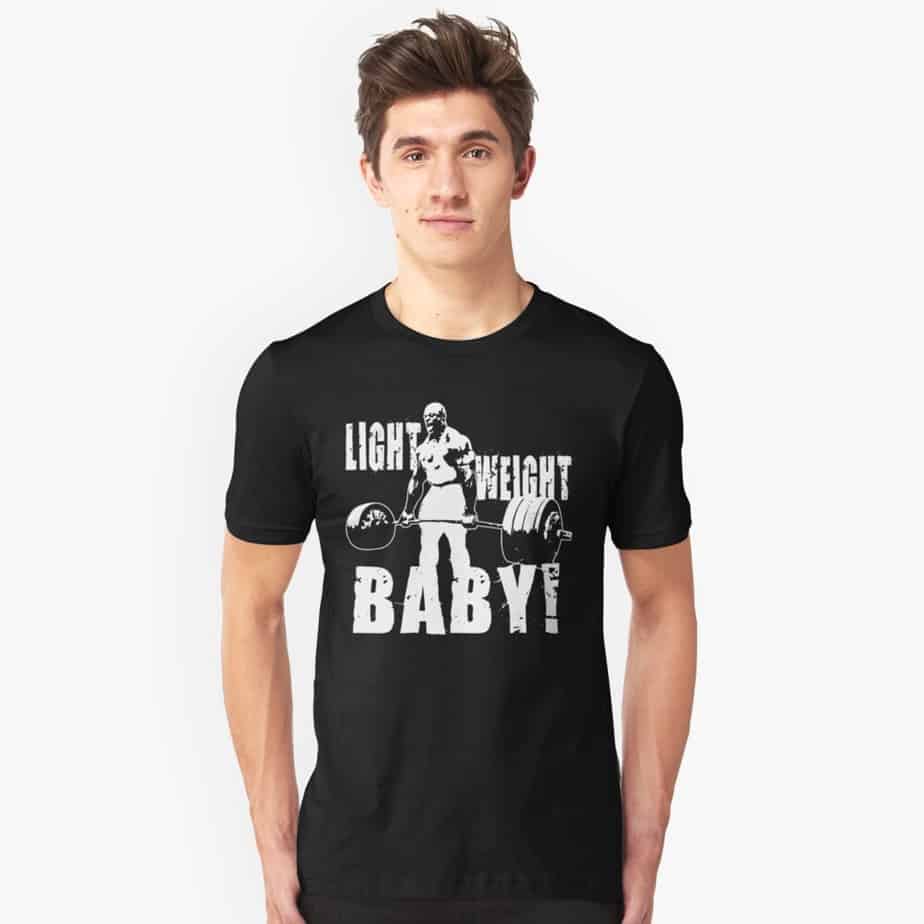 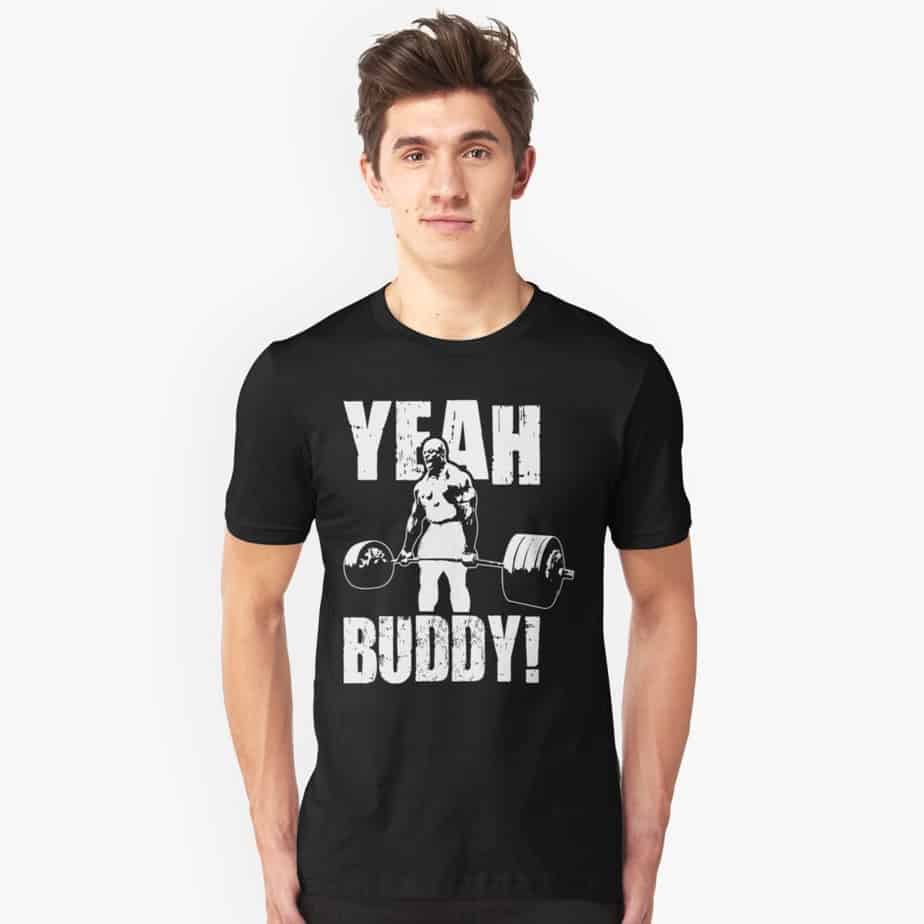 Looking for something a little less serious to wear at the gym? Check out these hilarious bodybuilding t-shirts.

Suns Out, Guns Out Tank Top

No explanation needed. Available from Zazzle.

Dost Thou Even Hoist, Brethren? T-shirt

One of time’s eternal questions… available from Zazzle. 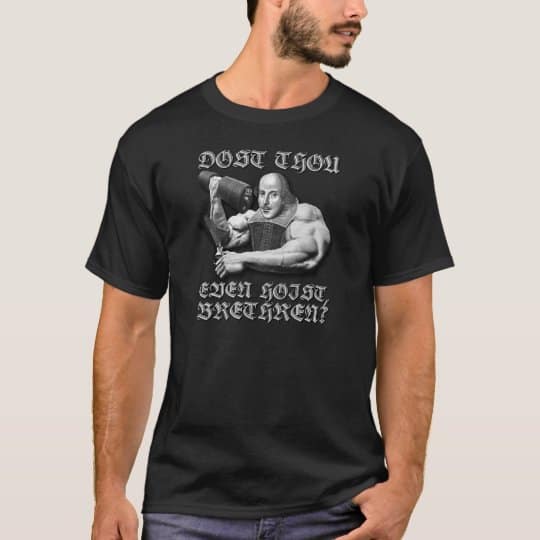 Who Lifts In a Pineapple Under the Sea? (Spongebob Squarepants)

Spongebob is no longer just absorbent, yellow, and porous. Now he’s thick, solid, and tight in this bodybuilding-inspired t-shirt from Red Bubble. 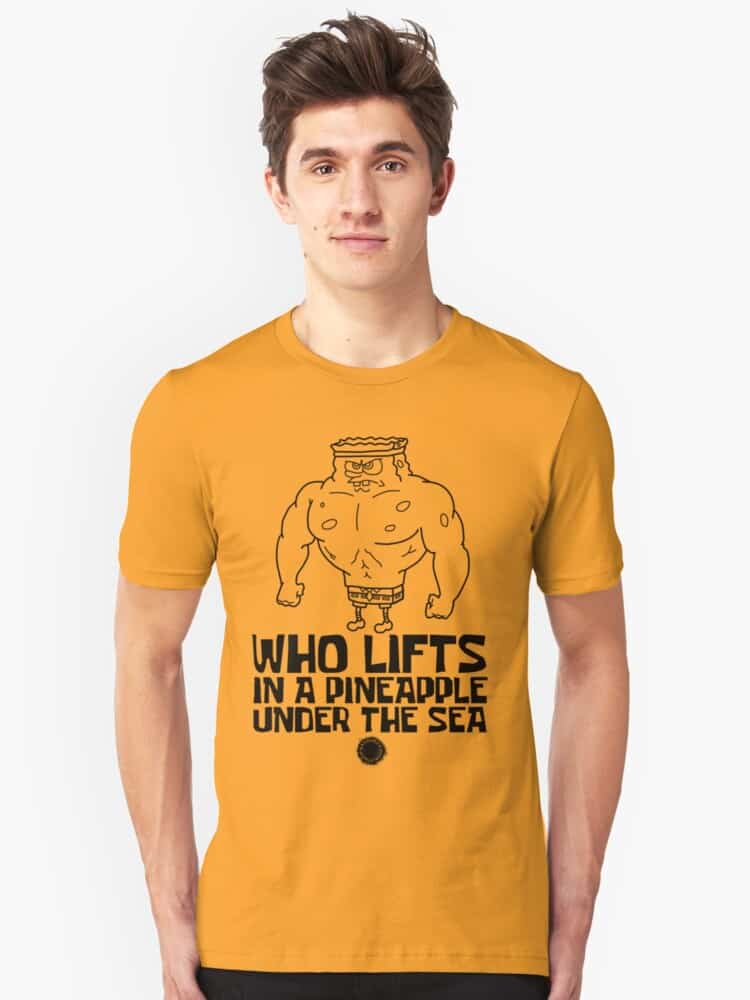 “He Only Cares About Gainz!” Pop Art Style Bodybuilding T-shirt

Sometimes you have to make some tough choices. Available from Monsta Clothing Co via Amazon. 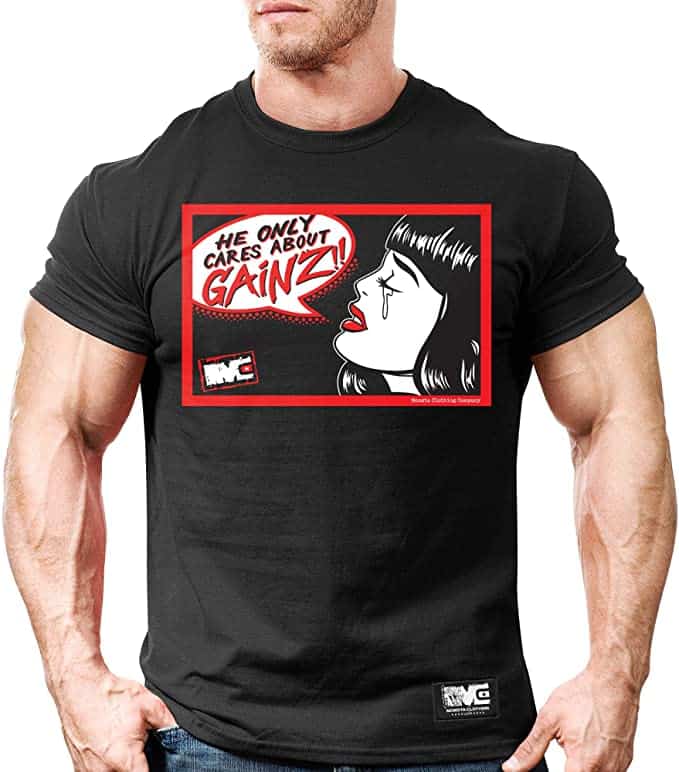