If you’re looking to save on lifting gear at Iron Rebel, Lift Vault has you covered. Copy the discount code LIFTVAULT10 below and enter it at check out to save 10% on your order.

Tested the promo code and it works correctly! 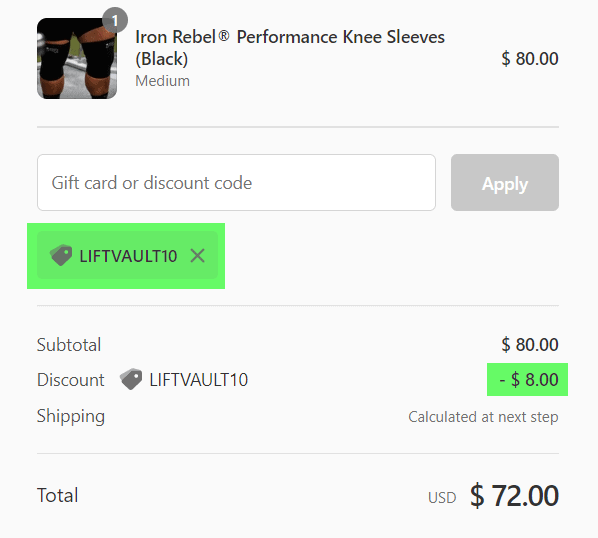 Iron Rebel is a US-based manufacturer of strength equipment for powerlifters, bodybuilders, and everyone looking to get stronger. Aside from apparel for men and women, they sell knee sleeves, wrist wraps, elbow sleeves, and knee wraps, all of which are USPA approved.