Street Series pre-workout is an extreme ride of energy, focus, and thermogenesis. It’s one of those pre-workouts that lights a fire underneath you, enabling you to get things done.

Due to the stimulants and thermogenic effects, I would only recommend this for advanced users of pre-workouts.

Read on for additional details of my experience, the best prices for the Street Series pre-workout, and a breakdown of its ingredient label. 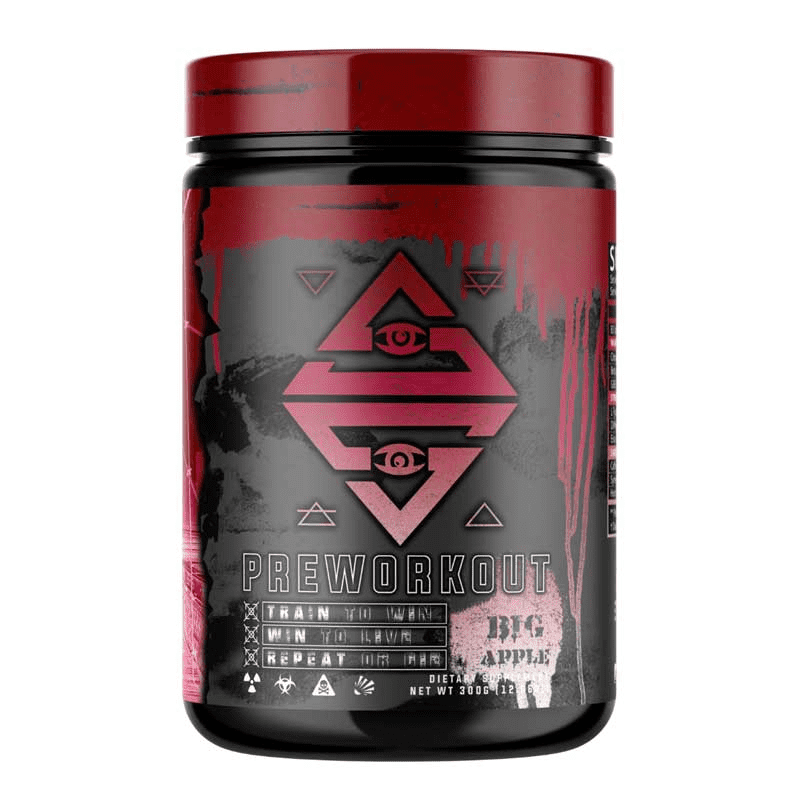 Street Series pre-workout by Street Supplements is a strong, energizing, tunnel-vision focus, sweat-inducing pre-workout that provides the energy and focus needed for a grueling workout.

L-Tyrosine: 2,000 mg
Beta-Alanine: 3,000 mg
Caffeine Anhydrous: 400 mg
Shop Supp Kingz
Lift Vault earns a commission if you click this link and make a purchase at no extra cost to you.

I took Street Series a pair of times, and each time, the energy, focus, mood, and thermogenic effects were all quite potent. This is not a pre-workout to take lightly.

The main outcomes of this pre-workout are energy, focus, and thermogenic effects.

Within 5 minutes, the beta-alanine tingles began, and although they came in relatively fast (especially considering no digestive aid added), they weren’t very intense, maybe a 5 or 6 out of 10.

About 5-7 minutes after the beta-alanine tingles started, I felt a strong and distinct tunnel-vision, head-buzz focus that lasted well throughout the workout and almost all day long.

The energy began within 10 minutes and kept increasing. I’ve had pre-workouts with 450 mg caffeine that felt half as strong as Street Series.

With just Citrulline Malate, there wasn’t much for pumps, but the heightened focus led to a solid mind-to-muscle connection.

Once I began working out, I started sweating, and I sweated increasingly throughout the workout.

I tried the “Big Apple” flavor. It was a non-sour green apple mixed with a little bit of something else; it could be red apple/red delicious. It was pretty sweet using 10 ounces of water (as I always do); I’d give it an 8 out of 10, with no chemical or bitter taste.

If you are a fan of overly sweet green apples, this might be the flavor for you.

Other flavors include “H-Town Drank,” “LA Confidential,” and “Miami Vice”, which, just based on the names, I have no idea what flavors they could potentially be.

A whole serving is two scoops of 7.9-grams which comes out to a rounded scoop. For context, a dead-flat scoop is 7.44-grams.

Neat! So, why is it in a pre-workout? I can’t say for sure, but it’s probably because there is some research showing that niacin can increase blood flow through a variety of mechanisms. It’s worth noting that the research around this effect is limited and conflicted, which is probably why niacin is rarely included in pre-workouts.

Niacin also helps your body produce optimal amounts of ATP, which is the source of energy for muscle contraction. Thus, making sure you have enough Niacin seems like a worthwhile endeavor for a pre-workout supplement.

L-Citrulline Malate is one of the most common pre-workout ingredients with extensive evidence supporting its ability to increase nitric oxide production, power output, pumps, blood flow, and endurance.

Usually L-Citrulline Malate has a 2:1 Ratio of Citrulline and Malic Acid (hence the Malate). With 4 g of pure L-Citrulline, Street Series provides an effective serving size.

Beta-alanine has been shown to support muscular endurance and can act as a lactic acid buffer.

3 grams is on the lower end of doses for beta-alanine but falls within the accepted 3-4 gram range.

Gamma-Butyrobetaine Ethyl Ester Chloride (GBB) is a molecule converted to carnitine in the body. This process can support fat loss and increase body temperature.

In other words, it makes you sweat.

L-Tyrosine helps “smooth out” some of the harsher effects of stimulants and increases focus. Limited research also shows it can act as a cognitive booster in stressful environments.

According to Examine, it appears to preserve working memory during acute stressors. Acute stressors include temperature changes, psychological and sleep deprivation.

Additionally, L-Tyrosine seems to be able to preserve attention while under stress.

Two grams is an excellent dosage, and lands within the recommended 1-3 gram range for exercise applications.

200 mg is a standard dose; however, it doesn’t necessarily mean you’ll “feel” it because it says something on the label. I most definitely felt it in Street Series. Typical doses of DMHA range from 100-to 300 mg.

Eria Jarensis, aka N-Phenethyl Dimethylamine Citrate. Eria Jarensis is a stimulant commonly seen alongside DMHA and in high stim pre-workouts.

200 mg is in the range for the dose of this ingredient. Usual amounts range from 150 mg to 500 mg, as found in Flame Pre Workout (which is terrific).

Caffeine needs no introduction, but it’s one of the most researched sports supplements. Most pre-workouts will range between 175 mg (as with the great M2) and 600 mg (with the smoothest Hooligan).

“In general, bitter orange extract alone (p-synephrine) or in combination with other herbal ingredients did not produce significant adverse events such as an increase in heart rate or blood pressure or alter electrocardiographic data, serum chemistry, blood cell counts, or urinalysis. p-Synephrine alone and in combination products were shown to increase resting metabolic rate and energy expenditure, and modest increases in weight loss were observed with bitter orange extract/p-synephrine-containing products when given for six to 12 weeks.”

Isopropylnorsynephrine is a lipolytic agent that helps break down fat into glycerol (energy). It is a “fat burner.” It may also possess energizing effects, and is considered stronger than synephrine (bitter orange extract).

Hordenine (N, N-dimethyltyramine) is a stimulant often included in recent “nootropic” products. It is not widely researched, so much of the evidence is anecdotal. Typical serving sizes fall between 10 and 150 mg. The 40mg found in Street Series is well within “normal” standards. One study shows that Hordenine is an MAO (monoamine oxidase) inhibitor that may lengthen the feeling of energy and mood elevation.

Yohimbine HCl reduces fat mass in both lean and obese individuals. Unfortunately, it can also cause anxiety in some individuals.

Clinical doses are 0.2 mg of Yohimbine per kg of body weight. While Yohimbine is not uncommon in pre-workout supplements, it is rarely included at such a high dosage. Additional supplementation would be needed for optimal results. Typically you’ll see between 2.5 and 10 mg (As seen in Herolean).

Alpha Yohimbine, or simply “alpha yo,” is a love-it-or-hate-it” stimulant. Some individuals are susceptible to alpha yohimbine and avoid any pre-workout with it outright. Common adverse side effects can include anxiety, headaches, sweating, frequent urination, and increased blood pressure.

If you are sensitive to Alpha Yo, steer clear or start with half a serving as the effects are noticeable. (0.5-3mg).

Street Series pre-workout by Street Supplements is a strong, energizing, tunnel-vision focus, sweat-inducing pre-workout that provides the energy and focus needed for a grueling workout.

L-Tyrosine: 2,000 mg
Beta-Alanine: 3,000 mg
Caffeine Anhydrous: 400 mg
Shop Supp Kingz
Lift Vault earns a commission if you click this link and make a purchase at no extra cost to you.

Street Series pre-workout by Street Supplements is a strong, energizing, tunnel-vision focus, sweat-inducing pre-workout that provides the energy and focus needed for a grueling workout. Due to stimulants, I would only recommend this for advanced users of pre-workouts, especially for those who like to sweat.