Developed by Fred Hatfield (aka Dr. Squat), this 9 week peaking program is based on two workouts per week: one heavy, one light.

It can be run for a specific lift or all three lifts.

The 1RM increase is 10%, making it an ambitious peaking program, although it does allow for a deload period half way through the program for recovery.

It is said this program is heavily influenced by the 1974 and 1976 squat routines, which then inspired the Russian Squat Routine and Extended Russian Powerlifting Routine. 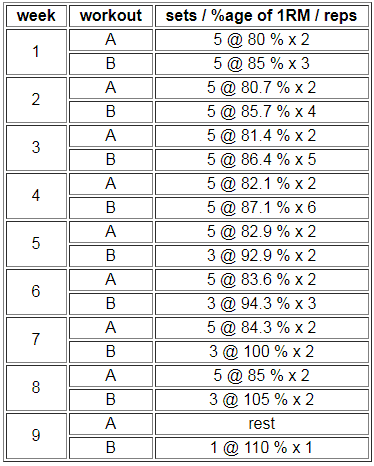