Tim Swords is an olympic weightlifting coach and this is a 7 week squat program he employs. It can be used for the front squat or the back squat, though it is designed to peak the front squat.

These spreadsheets are based off of an interpretation of his work and are not officially endorsed or associated with him in any way.

If you want to focus on back squats, you can simply replace front squats with back squats and vice versa so you are back squatting twice weekly.

2/20/20 Update: There was a mix up of sets and reps on the “v2” spreadsheet. This has been fixed in the v2.1 version. The other spreadsheet was always correct. 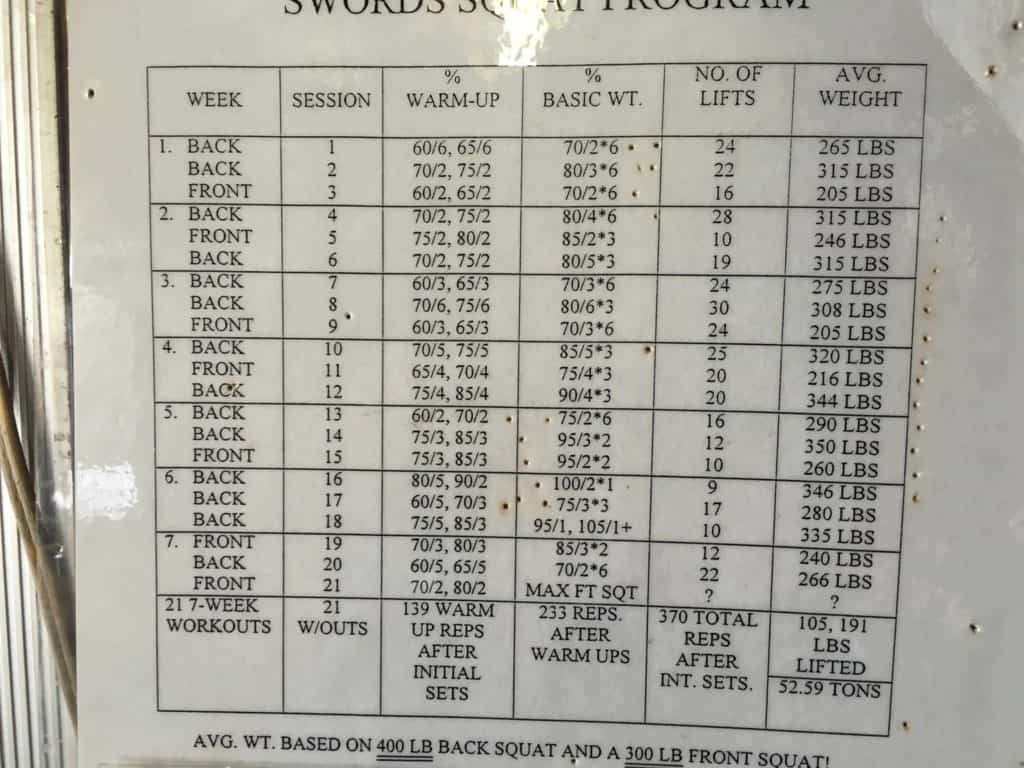